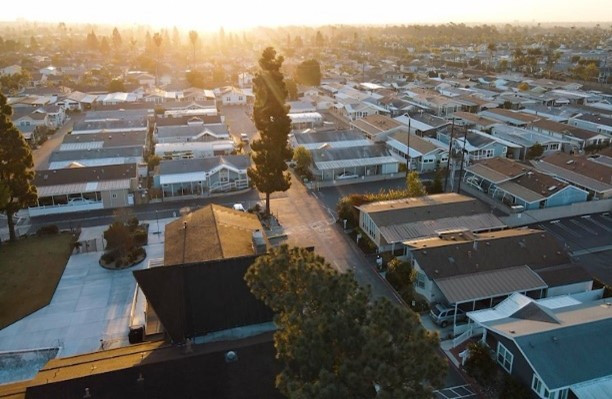 The original builders and owners of the 58-year-old Skandia Mobile Country Club in Huntington Beach sold the 167-unit complex for $ 58 million, or $ 347,305 per lot.

Investment Property Group, with its base in Utah and offices in Irvine, is the new owner. The company specializes in manufactured home communities and RV parks with 100 properties across the western United States.

â€œThe buyer plans to re-do all of the roads inside the park first along with other cosmetic work,â€ said Jeff Benson of Marcus & Millichap, the brokerage that introduced the Coulter Family Trust.

The age-restricted park was built in 1963 on 17 acres and is within walking distance of the Bella Terra Mall. The property features a swimming pool, spa, games room and clubhouse with kitchen. Residents must be 55 years of age or older.

â€œThis property offered buyers a rare opportunity to acquire a trophy in one of Southern California’s most desirable destinations,â€ said Benson.

In Fullerton, a newly constructed seven-unit townhouse-style apartment building at 3801 Franklin Ave. sold for $ 4.45 million or $ 635,715 per unit. The property, which was completed in late 2020, has six five-bedroom units and one four-bedroom unit designated as an affordable housing unit.

All units were occupied at the time of the sale, the brokerage said.

Matthew Wenzel, senior vice president of the brokerage, represented the seller, The Urban Pacific Group of Cos. The purchaser was the Robert Chiu and Grace Chiu Revocable Living Trust.

Several other apartment transactions were handled by Greg Bassirpou, first vice-president of the Bassirpou group of the firm:

In a separate transaction, Bassirpou represented the purchaser of an 8,123 square foot adjacent beach parcel at 814 Pacific Coast Highway in Huntington Beach for $ 3,200,000.

The longtime Taco Bell and Ford Motor Co. home in Irvine was sold to Taiwan-based Skyline Group International for $ 159 million.

Taco Bell has been in Irvine for 43 years and on the Glen Bell Way Campus since 2009. The fast food division of Yum! Brands has a long-term lease that runs until 2030.

More news on fast food: Why Del Taco had to reconfigure their kitchen design for their new menu items

A subsidiary of LBA purchased the 273,180 square foot property for $ 104 million in 2018, according to the Orange County Business Journal.

The Ford and Taco Bell parking lots were home to the popular Cars & Coffee meetup, which started in 2006 and ended in 2014 after the popular Saturday event for car enthusiasts outgrown the resort. A similar gathering is now taking place in San Clemente.

Almost 100,000 square feet of campus rights can be used for future expansion / office construction at 3 Glen Bell Way, according to Newmark.

â€œPrivate capital, both domestic and foreign, has dominated the buyer landscape for Orange County offices this year,â€ said Shannon, co-head of US capital markets for Newmark.

New lease for Glidewell in Irvine

Glidewell Dental Ceramics has signed a new 10-year, $ 6 million lease on its 40,645 square foot industrial building in Irvine, according to owner BLT Enterprises. The property is located at 17466 Daimler Street.

A commercial building that houses Raising Cane’s in Barstow was sold to an investor in Los Angeles for $ 5.49 million, according to the National Net Lease Group of SRS Real Estate Partners in Newport Beach.

The sale of the 3,288 square foot parcel of land at 2620 Fisher Blvd. was the highest price paid for a single-tenant quick-service restaurant in the city, according to CoStar, a commercial real estate data company.

The SRS team of Matthew Mousavi and Patrick Luther represented the seller, Starboard Realty Advisors. The buyer, an unidentified Los Angeles-based investor, was on a 1031 exchange and represented by Pablo Rodriguez of Newmark.

A former executive of the Irvine company is embarking on his own in the multi-family sector.

Marsh said the company will focus on multi-family acquisitions in the Midwestern and Sun Belt markets, with a short-term goal of growing to more than 1,000 units per market over the next 18 months.

“There is a tremendous opportunity today for strategic renovation and repositioning of existing apartment communities in Sun Belt markets,” Marsh said in a statement.

– John Bosco, who built and led the Asset Management and Analytics division for an apartment owner, developer and operator in Newport Beach after a 4-year stint with Irvine Company

– Michael Wu, who worked in the investment team alongside Bosco and previously supported strategic planning and analysis at Irvine Co.

– Aurmon Banitaba, who represented clients in the acquisition and disposal of commercial properties for Marcus & Millichap

Passco Cos., Based in Irvine, has acquired several multi-family assets in five states for a total of $ 445.7 million and 1,781 units.

The company has announced plans to set a Passco record for acquisitions of $ 1 billion this year.