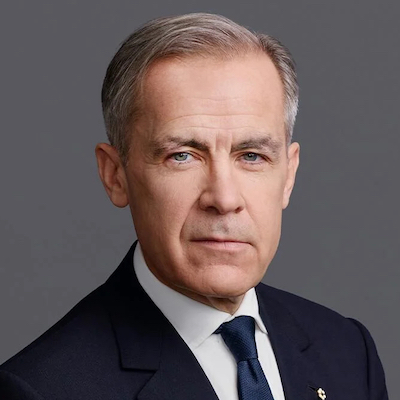 Brookfield Asset Management has announced a major reorganization and is reshuffling several top executives, including the former governor of the Bank of Canada and Bank of England Marc Carney.

Brookfield CEO Bruce Flat will remain as CEO of the manager, while Connor Teske will be named chairman in addition to his role as CEO of the company’s renewable energy and transition arm.

Flatt will also remain CEO of Brookfield Corp., and Nick Goodman is appointed President and Chief Financial Officer. He will focus on the allocation of capital between the company’s operational activities and new business initiatives.

Other appointments include appointment Bahir Manios as the manager’s chief financial officer.

Anuj Ranjan will become chairman of the private equity group in addition to his business development responsibilities at the manager. Brian Kingston, Cyrus Madonna and Sam Pollock will remain CEOs of their respective companies and will become directors of the manager along with Flatt, Carney and seven independent directors.

Cushman & Wakefield announced Marla Maloney was promoted to President, Americas Services, and Dan Broderick to the President, Council of the Americas.

Both will continue to report to the President Andre McDonald. Maloney will also continue to be part of the company’s global leadership team and Broderick will join there.

Maloney will oversee asset services, valuation and advisory, as well as project and development services in North and South America.

She previously served as President of Asset Services for the Americas, has been with C&W for over 20 years and is a Certified Property Manager.

She holds an MBA from the University of Illinois Urbana-Champaign and a bachelor’s degree from Illinois Wesleyan University.

Broderick will oversee the provision of brokerage services in all North and South American markets.

He previously served as president of the Americas West region, comprised of the western United States, Canada and Latin America. Prior to this, Broderick held other leadership positions including Regional General Manager of the South West Region.

Broderick has been with C&W for over 11 years. He holds a bachelor’s degree in economics and psychology from Stanford University.

Frederiksen and Hynes new directors of the Summit

Summit Industrial Income REIT (SMU-UN-T) has appointed Scott Frederiksen and Glenn Hynes to its board of directors.

Frederiksen is the former CEO and Director of WPT REIT, which was taken private in October 2021. Frederiksen has had a 30-year career in various roles of increasing responsibility with WPT REIT Director Welsh Property Trust.

He is a Certified Commercial Investment Fellow, a member of the National Association of Real Estate Investment Trusts and the Society of Industrial and Office Realtors, and holds a Minnesota real estate broker‘s license.

Hynes is Executive Vice President and Chief Operating Officer of Crombie REIT. He leads the construction, development, leasing and operations of REITs and before becoming chief operating officer in 2018, he served as senior vice president and chief financial officer for eight years.

Hynes is a graduate of Harvard Business School’s Advanced Management Program and holds a Bachelor of Business Administration from UPEI, and holds a Chartered Accountant designation.

He completed the Institute of Corporate Directors’ Directors Education Program and received the Fellow Chartered Accountant (FCA) designation in 2011.

Chiesa Dino, chairman of the board of directors of Sienna Senior Living (SIA-T), announced that after a 12-year term, he will step down from the board. Meanwhile, Chiesa also served as interim President and CEO in 2012 and 2013.

Shelly Jamiesonwho joined Sienna as an independent director in November 2021, was named the new chairman.

Fritsch is a seasoned executive with extensive experience in the Canadian retirement residence industry and joins Sienna from Chartwell Retirement Residences where she has held progressive leadership and management positions for the past 17 years.

Rod Conde has been appointed Director of Operations for AECOM’s Buildings + Places business in Calgary.

Conde is an award-winning architect with over 22 years of diverse experience, leadership and expertise. He has worked on a wide range of projects for local and international clients in the retail, light industrial, residential and institutional sectors.

Prior to joining AECOM, Conde was a partner and senior project manager with a Canadian architecture, engineering, interior design and planning firm.

He led a multidisciplinary energy team that delivered retail projects for major oil and gas customers, including serving as a team leader on an electric vehicle charger upgrade program for one of largest integrated oil companies in Canada.

Condé also created his own architectural firm in El Salvador.

He holds a Masters in Architectural Design from Kingston University in London and is a certified construction contract administrator.

Understanding Payday Loans – The Basics and Beyond