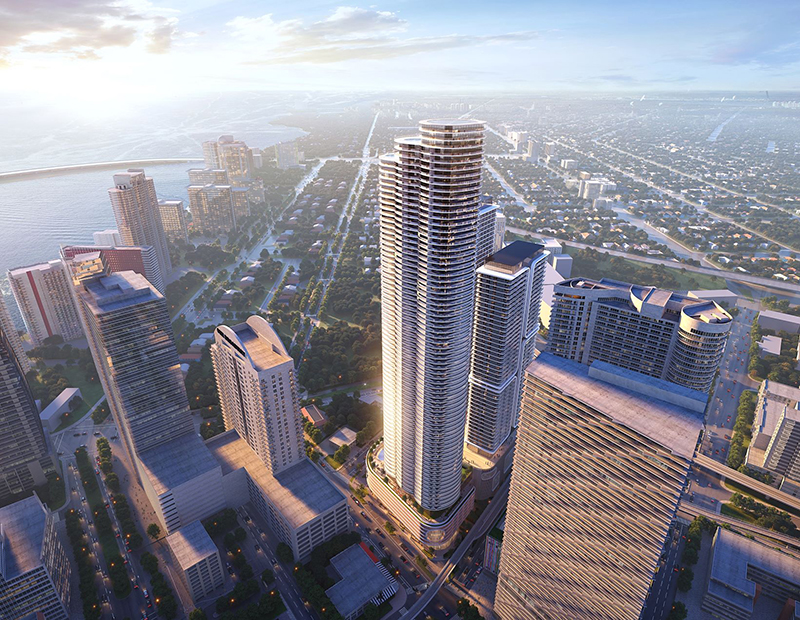 Mast Capital has added another project to launch in 2022 after acquiring the land for its planned three-building development in Miami. The company, along with its capital partner Rockpoint, acquired a 2.8-acre site located at 1420 S. Miami Ave. in the city’s Brickell neighborhood for $ 103 million in an off-market transaction with an undisclosed seller.

According to plans submitted by Mast Capital, the 2.6 million square foot development will include an 80-story luxury condominium tower with 400 units and two multi-family towers that will reach 50 and 60 floors and a total of 850 units. There are no details on the amenities or floor plans yet, but Mast Capital plans to pair its tower condos with a luxury lifestyle brand that will provide high-quality amenities, like services. food and drink to residents. The development will also include 1,650 parking spaces and shops on the ground floor.

The history of the site is marked by false starts that go back 15 years. According to Mast Capital, the site was to become â€œCapital at Brickell,â€ a two-tower project comprising residential, office, hotel and retail uses, in the mid-2000s, but was eventually scrapped after the Great Recession. In 2014, the site sparked interest from a China-based company looking to convert the site into two towers, but that project was also scrapped, according to Mast Capital.

Now the site’s latest developer is looking to take advantage of the neighborhood’s strong rental and population growth with its latest project. Camilo Miguel, Jr., founder and CEO of Mast Capital, said in prepared remarks that the 1420 S. Miami Ave. anchor the South Brickell neighborhood while providing a community that stands out from existing options.

In addition to the 1420 S. Miami Ave. project, Mast Capital has plans for two other Miami projects that are slated to start in 2022. The company had previously partnered with Rockpoint and had filed plans for a community of 176 units at 4000. Alton Road earlier this year. Mast Capital has also partnered with Starwood Capital to complete a condominium assembly that will be built into a 100 unit condominium tower.

Miguel said in prepared remarks that the company saw that South Florida’s strong growth, even before the pandemic, would only continue to grow, so Mast Capital has been working to find attractive investment opportunities in the region. The company was able to identify several projects, culminating in a pipeline of new residential developments in Miami, Miami Beach, Palm Beach County and the Tampa metro area that are expected to lead the way in 2022.

Has the residential real estate market in NJ peaked? Here’s what industry experts are saying.

How to increase your community’s online reputation score