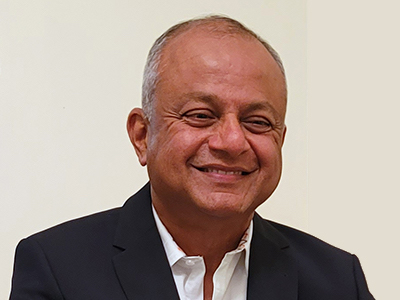 Earlier this year, we hosted a two-day online event about converting offices into rental apartments. We had a range of speakers, from Canada and the United States, including developers, architects and municipal government representatives.

The presentations were fascinating and I took away a number of key points, which I thought would be valuable to share.

The conversion of office buildings is not a new idea; in fact, I was part of a conversion project in Montreal in 2010 and there are other examples across the country as well.

But in this post-pandemic society, we’ve seen remote work increase across the board. Consequently, we see vacancies and the possibility of acquiring certain office buildings at lower prices, which makes the conversion process more feasible . . . or at least to consider.

Considerations for a conversion

Office owners have seen tenants move to Class A or trophy facilities, while Class B and -C buildings have emptied, deteriorated and lost value.

Using these buildings for different purposes, rather than tearing them down and putting them in a landfill, is both productive and sustainable.

The benefits of conversion are obvious, but it’s important to delve into the details of the project before assuming its viability.

Several features should be assessed and considered, including proximity to other residential developments, zoning in place, pedestrian friendliness and proximity to public transit, adequacy of public resources and community amenities (schools, parks, etc).

The characteristics of the building itself are also important, such as the floor plate, central areas and sufficient exit.

Sometimes there may even be hybrid conversion options where the lower floors remain offices, the middle is amenity space which can be shared or designated and the upper floors are residential.

Some of the best options tend to be Class B (or in some cases -C) buildings from the 1970s that are tired and outdated but are in Class A locations. Other opportunities can also be found with buildings pre-war years (1900-1930). These two options often have an advantage for conversions and less hassle.

Calgary does a lot

The experience of office conversion in the City of Calgary has been very instructive and can be an example for many cities looking to dive into this opportunity.

The Downtown Calgary Development Incentive Program has stimulated several conversions of vacant office buildings into residential apartments. The city has committed $100 million to the program which offers developers $75 per square foot of space that will be converted.

Thom Mahler, Director of Downtown Strategy, shared some of the successes and offered advice to other municipalities considering similar programs.

He explained that it’s important to have at least a three-year horizon for funding, acknowledging that there are two types of developers who will benefit:

– the first being the clients who have been thinking for years about converting and are ready to act immediately;

– the second category is that of players wishing to acquire office buildings to be converted.

In the latter case, they will need time to do proper due diligence and assess opportunities, so actual conversions might not happen for several years.

Mahler also spoke about disconnections between different levels of government.

“Don’t wait for it to happen, make it happen to you”

In a perfect world, developers could enter the address of their property into a search engine and see all the different funds and grant programs available to convert their office into residential.

Often municipalities tend to be reactive and wait for developers to come to them. A smarter approach is to present yourself as municipalities and try to attract development to your city, especially in times of economic change.

If a municipality is looking to attract office conversion projects, it should determine what is available to city developers from provincial and federal levels of government, and then create attractive programs that work with those upper levels of government.

This approach has led to some very successful projects in downtown Calgary.

Another aspect that can really attract developers and that municipalities can control is the zoning schedule.

For a typical office building, a developer looking to convert the property could be subject to up to 18 months of wait time for approvals and zoning reviews.

If, on the other hand, he can start construction immediately because the offices are already zoned for residential, that could cut a three-year lead time to just 18 months.

Offering this benefit of a shorter lead time is a huge incentive for developers and that time can offset conversion and development costs because you don’t have to wait as much for cash flow to arrive.

We are excited to see more office conversions and municipal programs as the office sector continues to mature. There are many lessons learned and opportunities for other cities to learn from these successes.