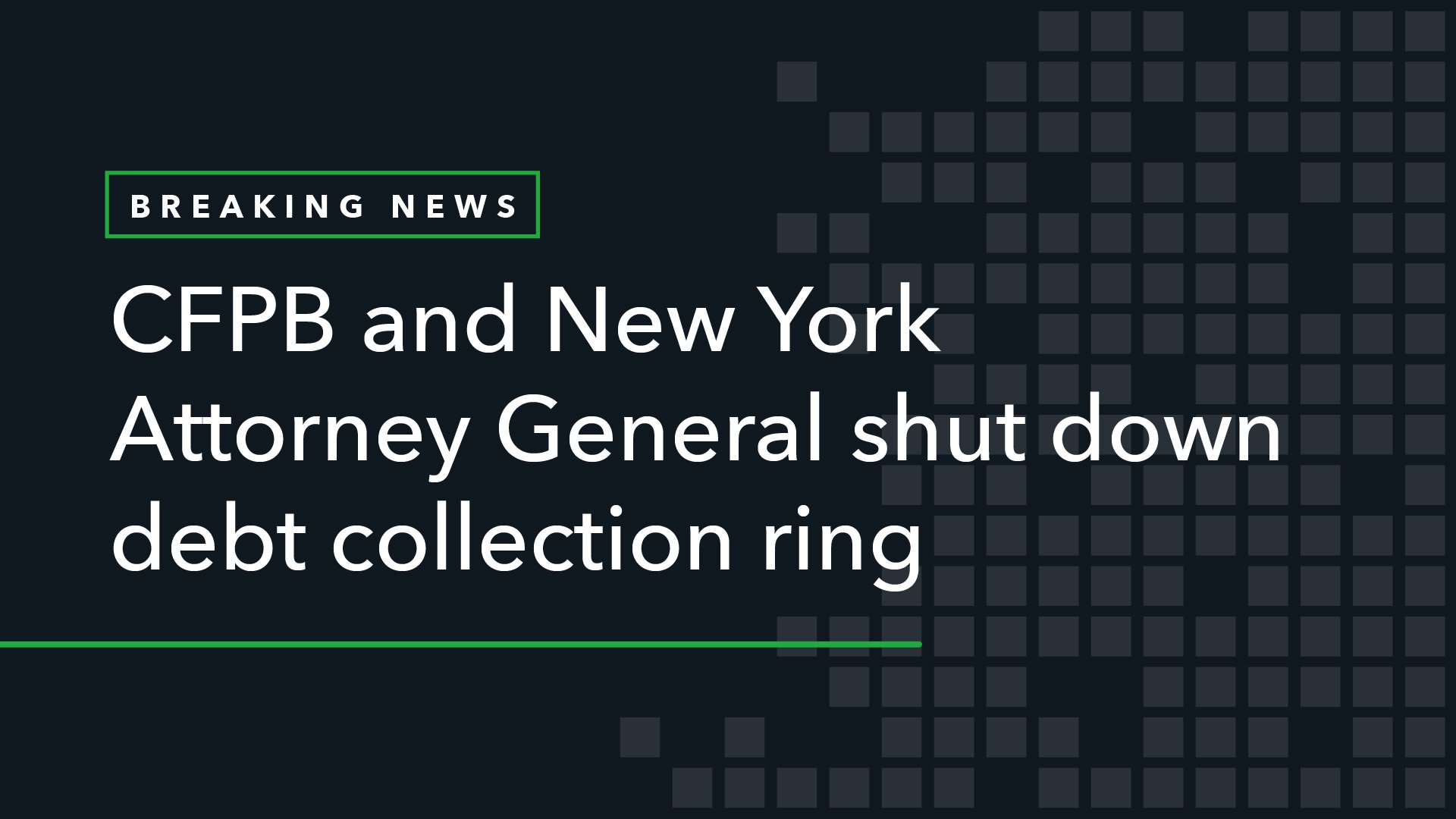 washington d.c. – The Consumer Financial Protection Bureau (CFPB), in partnership with the New York Attorney General, has filed a motion for stipulated judgment in federal court to settle its case against a debt collection company and its owners and officers. The judgment would order all participants in the scheme, based in upstate New York, out of the debt collection market after their history of deception and harassment. Their debt collection companies would also be shut down and required to pay a total of $4 million in penalties.

“It is illegal for debt collectors to orchestrate smear campaigns using social media to extort consumers to pay,” CFPB Director Chopra said. “Our action with the New York Attorney General bars the ringleaders of this industry operation to end further misconduct.”

“This debt collection operation used illegal and deceptive tactics to prey on consumers, and now they are paying the price for the harm they caused,” Attorney General Letitia James said. “Predatory debt collectors make their profit by targeting hard-working consumers and then illegally pushing them further into debt. These debt collectors have used harassing calls and fake threats to coerce consumers into paying, not only is it illegal, it’s downright shameful. Today’s action should send a strong message to debt collectors nationwide that we will not hesitate to use the full force of the law to hold them accountable if they harm consumers.

The corporate defendants are JPL Recovery Solutions; Regency One Capital; ROC Asset Solutions, which operates as API Recovery Solutions and Northern Information Services; Check Security Associates, which does business as Warner Location Services, Pinnacle Location Services and Orchard Payment Processing Systems; Keystone Recovery Group; and Blue Street Asset Partners. The individual defendants are owners Christopher Di Re, Scott Croce and Susan Croce, and Brian Koziel and Marc Gracie, who acted as managers of some or all of the companies.

The companies are interdependent collection companies based from a single location in Getzville, New York. Together they bought up delinquent consumer debt for pennies on the dollar. The debt came from high-interest personal loans, payday loans, credit cards and other sources. The network then attempted to collect debts from approximately 293,000 consumers, generating gross revenue of approximately $93 million between 2015 and 2020.

The CFPB and the New York Attorney General allege the network used deceptive and harassing methods, violating the Fair Debt Collection Practices Act and the Consumer Financial Protection Act. Specifically, the complaint alleges that the owners, managers and businesses used the following illegal tactics to collect the debt:

Under the Dodd-Frank Act, the CFPB has the authority to take action against institutions or individuals who engage in unfair, deceptive, or abusive acts or practices. The CFPB also has authority over debt collection practices under the Fair Debt Collection Practices Act. The proposed stipulated judgment filed today, if ordered, would require the companies, along with their owners and senior executives, to exit the debt collection market. The defendants must also pay a $2 million fine to the CFPB, which will be deposited into the CFPB’s victim relief fund, and a $2 million fine to the New York Attorney General. However, if the defendants fail to make the payments on time, each penalty amount owed would increase to $2.5 million.

Consumers can submit complaints about debt collection activities, or about financial products or services, by visiting the CFPB website or calling (855) 411-CFPB (2372).

The Consumer Financial Protection Bureau is a 21st century agency that implements and enforces federal consumer finance law and ensures that markets for consumer financial products are fair, transparent and competitive. For more information, visit consumerfinance.gov.

Here’s How Much Real Estate Agents Earn: A Closer Look at the Industry

What Realtors Need to Know About Four Square Homes