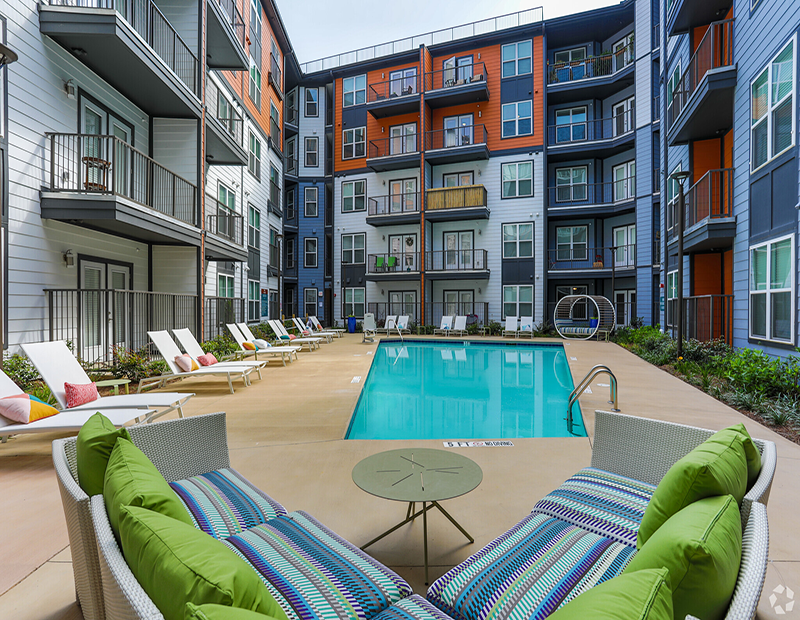 Iconic American Apartmentsa multi-family investment firm and owner-operator, added to its holdings in Sun Belt with the acquisition of 2050 Morningside, a 198-unit apartment community in the Morningside/Lenox Park neighborhood of Atlanta.

Price and seller were not disclosed. However, Beacon Real Estate Group and a fund managed by Westport Capital Partners LLC acquired the newly constructed property, then known as Accent 2050, in the fall of 2020 from the developer Westplan Investors for $45 million. The property, rebranded as 2050 Morningside, still appears as part of Beacon Real Estate‘s holdings on its website.

Christine DeFilippis, chief investment officer of American Landmark, said in a prepared statement that strong job growth in Atlanta continues to drive demand for apartments in the metro area. Atlanta was recently ranked among the top 15% cities for jobs this year by WalletHub.

The property is located minutes from I-85, I-75, and GA400, providing easy access to Midtown, Buckhead, and downtown Atlanta, where residents can find Atlantic Station Mall, the Georgia Aquarium, the World of Coca-Cola as well as restaurants, entertainment and retail.

One of the fastest growing multi-family owner-operators in the United States, American Landmark ranks 33rd on the National Multifamily Housing Council list of top apartment owners in the United States with approximately 36,000 apartments in its portfolio. DeFilippis said the company is excited to add 2050 Morningside to its growing portfolio of Atlanta apartments. The company also has multi-family communities in Marietta, Lithonia and Lawrenceville, Georgia. American Landmark specializes in acquiring and managing value-added multifamily properties in high-growth Sunbelt markets, including Georgia, Florida, North Carolina, South Carolina, Tennessee and Texas.

Earlier this month, American Landmark acquired Broadway Center, a 242-unit community in Fort Worth, Texas, from CRG. The five-story building was completed last year by CRG. In March, the company added 627 units in North Carolina with the acquisition of Ardmore King’s Grant apartments in Charlotte and Ardmore Cates Creek in Hillsborough from developer Ardmore Residential. American Landmark had acquired another property in the Charlotte area, the 240 Delaney Apartments in Concord, North Carolina, in January.

Will the Fed Kill Crypto? Realtors chart the future of blockchain